The history of capitalism is the history of marketing; the history of marketing is the history of communication; and the history of communication is, in part, the history of humanity’s ability to deliver and reach audiences. The media infrastructures of the 19th and 20th centuries convinced advertisers that the best way to market a product was to implant its name, associated with some feeling or image, into the minds of as many consumers as possible. The rhetorical impact of brand-image repetition cannot be understated– history is saturated with the bright images illustrated on the printed page, the catchy jingles heard on the radio, the flashing screen of the television advertisement. Even mailers, billboards, native advertising (still popular in podcasts these days), telemarketing calls, and pop-up ads have maximized their admittedly limited persuasive powers, mostly through constant repetition. The days of big-broadcast, massively-scaled advertisements likely peaked in the latter half of the 1990s or in the early 2000s. In turn, with the rise of social media like Twitter, Facebook and Instagram came a newfound ability for advertisers to connect with consumers: directly within their personal spheres of identity. When identity is external, and the work of Marx, Althusser, and Deluze and Guattari reminds us that it always has been, information landscapes not only hail us and interpellate us, invading our fertile minds, but also drive our consumption in a restricted, libidinal economy governed by instinct and desire. It is within the context of this great transition from information being comparatively scarce to the the epistemological revolutions(s) inaugurated by the internet that the concept of the micro-targeted advertisement has come about. In many ways, this emergence constitutes a profound, and perhaps dangerous, exposure within modern information consumption habits, habits that merit further exploration if they are to be understood and reacted to strategically.

Advertising has always been about projecting and inspiring identity. On Instagram, for example, where identity is constructed, invented and maintained through meticulous attention to cultural symbolism, taste and fashion, the cutting-edge and quasi-avant garde are oftentimes privileged, which affects the advertisements sent to consumers as well. It’s through this lens that I’d like to examine my own Instagram account, a place in which my infosphere is composed of not only the selfies of my friends, the pictures of my co-worker traveling to India and a meme posted by a man in Vancouver using a hashtag I follow, but also sponsored advertisements inserted directly into the Instagram home interface.

They key difference here between the ways companies communicate their messages to consumers through non-internet forms and the ways they’re able to do it now is that consumption on the internet is not only trackable, but it’s easily and inexpensively trackable and in multitudinous detail.  Some examples: Instagram tracks the account I’ve been using since the platform’s inception in 2011/2012. As you’ll see in the images below, Instagram’s parent company Facebook has assembled a list of at least 800 or so keywords to target advertisements to my account. Some are innocuous and harmless, such as “Met Gala” and “Street Art.” Some defy prediction: why am I, a lifetime non-smoker, prone to being served advertisements based on the “electronic cigarette”? Others, as you’ll see in Fig. 3, hold complex and intricate ideological implications that global democracy may hinge upon. 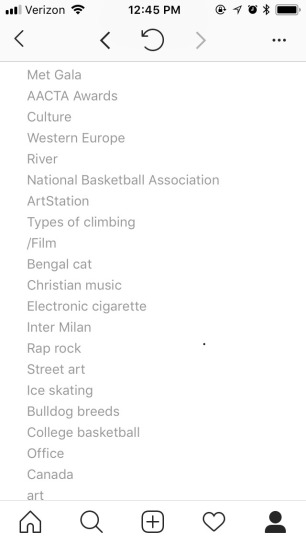 Fig. 1– The keywords Instagram uses to serve me advertisements catered to my search histories across various platforms, including different websites I’ve visited in the past. 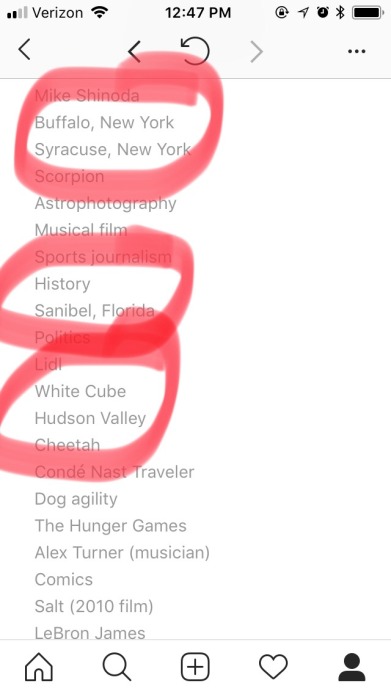 Fig. 2- Instagram tracks a user’s tagged locations, serving them advertisements relevent toward local and travel-based locations. In this case, Instagram has targeted me based upon my visits over the past year to Sanibel Island, Florida and the Hudson Valley in New York, and toward Syracuse NY, a city I lived in for some time in 2016. 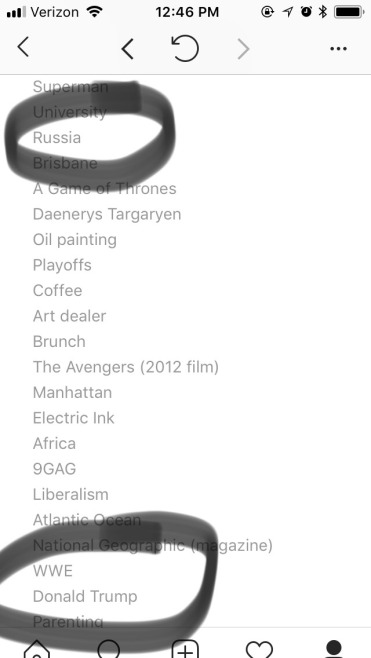 Fig. 3- As you can see, Instagram is not shy about letting its users know they’ve been targeted based upon political affiliations. In this case, I’ve been targeted with the “Donald Trump” keywords alongside that of “Russia,” surely a problematic concern after Russia intervened in the 2016 election using Instagram as one of their primary platforms for disseminating information. 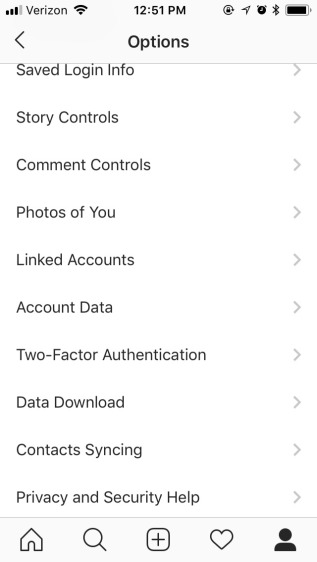 Fig. 4- A user can view which keywords are used to target their account by simply checking their account data in their settings within the mobile phone application.

As a minuscule case study, little can be drawn from the tracking and servicing of ads to a single account. Many studies are examining similar trends as those I’ve discussed here. Big tech can’t seem to separate itself from facilitating the spread of white supremacy, and big data often seems to change so quickly and be so unavilable to those outside the corporate world that it is difficult for us to grasp its lessons, much less learn from it and respond intelligently in long-term practice. Instagram and Facebook are, in reality, simulations of the everyday experience of human beings traveling, eating and socializing in the world. As simulations, they of course offer perspectives and make claims on experiences. Social media offer unique ways of encountering products, ideas and corporate brandings. Data mining allows corporations to interact with the consumer from a greater distance and in greater intimacy than ever before, but consumers are not unequipped with responsive agency of their own. This response, it seems, may hold grave implications for democracy as it is determined and enacted online.