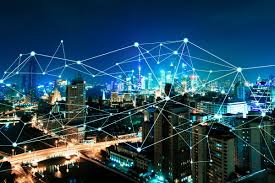 Information always has an agenda. This is not a new observation, but as many have noted recently, the claim takes on a variety of new meanings in an information economy featuring viral circulation of competing claims to truth, fact, and narrative. If information always has an agenda, it should be noted that it oftentimes features deceptive agendas, too. The history of rhetoric features a long line of thinkers concerned with deception, from ancient works like Gorgias’ Encomium of Helen and Plato’s Sophist to more recent work in rhetoric that examine digital manipulation, public relations campaigns, and the viral spread of misinformation. Here, I’d like to expand on a thread that is briefly raised by Frith (2013) and that is differently explored by Wilken (2014). Contextualizing the issue of data monetization within a broader discussion of the location-based social networking platform Foursquare, Frith notes that an analysis of the platform might be incomplete without acknowledging that “gamification elements in Foursquare are ultimately designed to encourage people to check in and provide Foursquare with more data the designers can use as a revenue stream” (258). In other words, while location-based social networking platforms like Foursquare are valuable sites in which to explore the multitude of ways mobile phones influence our behavioral patterns, they may also be additionally conceived as a valuable space in which to explore monetization models “based on harvesting people’s personal data” (258). This business model, which is by no means exclusive to mobile location-based platforms such as Foursquare, I would argue, always involves an element of deception, or the rhetorical tactic of apate, as it appears in innumerable forms existing on a wide spectrum of insidiousness.

The stakes in the particular conversation surrounding Foursquare’s business model are relatively low, but this is not the case when examining larger and more all-encompassing platforms such as Facebook, which Wilken explores. Plenty of evidence exists suggesting Facebook, as a corporate body, to have waged a public relations campaign that at best downplays the platform’s responsibility for the various ways information circulates on its platform and for the data collected from the interactions the platform encourages, and at worst suggests the company to be outright deceptive, manipulative, and self-serving in its spinning of various narratives relating to data collection, both location-based and not. Wilken focuses attention on the extensive geodemographic profiling capacities Facebook has developed, asserting the platform to play important roles in the collection of location-coded geodata in ways that are, I would add, not always transparent or obvious to the platform’s average user. For example, Wilken cites past searchable APIs that, when given permission, allow for the collection of data from users themselves as well as additionally collecting data about that users’ friends, who have not expressly consented (1093). Complicating this fact is the reality that most users do not read the privacy policies of the platforms they interact with, tacitly consenting with hardly any idea of what they are consenting to on their own behalf and on the behalf of others within their network. Jose van Dijck (2012) calls on media scholars to attend to the “politico-economic project” of foregrounding the “technicity of platforms” and their accompanying business models, giving attention to the social, economic, and personal impacts those platforms might have on a given group or population (172). Within a social media business model, when the principal monetization strategy is the collection of user data, deception in both outright and quiet forms becomes a paramount strategy for both suppressing harmful publicity visualizing this business model for public audiences, as well as for camouflaging the intentions of companies as they build their platforms while downplaying serious privacy concerns.