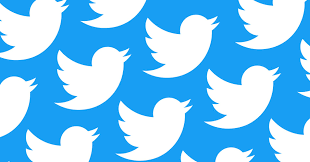 Below is a conference proposal I’m submitting to The Popular Culture and Pedagogy: Twitter Conference taking place this upcoming November entirely on the social media site Twitter. It should be a wonderful, and unique, way to learn with and from others in a trans-disciplinary forum!

This conference proposal foregrounds shaming culture, as practiced and typified through participatory composition in social media spaces, in an effort to connect digital literacies in the college writing classroom with the ethical dilemmas of a digitally networked world. Specifically, this paper posits shaming culture, as represented, extended, and critiqued in the episode “Hated in the Nation” of the television series Black Mirror, as a valuable contribution to discussions of social media ethics in rhetoric and writing studies (RWS) classrooms. The pervasiveness of social media in the 21st century has had recent influence on both the first-year writing classroom (Walls & Vie 2017; Faris 2017; Sundvall & Fredlund 2017) and in technical communication pedagogies (Kimme Hea 2014; Bowdon 2014). Specifically, scholars  in RWS such as Colton & Holmes (2018) and Edwards & Lang (2018) posit shaming or call-out culture as rhetorical practices in need of further investigation, both in rhetorical theory and in critical pedagogical practice. By venturing to explore, probe, and consider the political and social empowerment practices of digitally-mediated shaming can provide, as well as inadvertent or unforeseen consequences that might ensure, situations in RWS classrooms might be designed in which students investigate public digital scrutiny as a valuable site of rhetorical and literate action.

Shaming culture in social media spaces can function to unify marginalized voices against systems of oppression and exploitation, but can also truncate complex ethical dilemmas associated with “call-out culture” and lead to unintended, quasi-ethical consequences. The episode of Black Mirror showcased here posits social media as a site of material, physical violence, and serves as a valuable example of the embodied violences that social media shaming might amplify. Writing, composition, and rhetorical expression can never be separated from ethical considerations, and social media sharing spaces magnify these stakes and serve as a valuable learning tool to illustrate some of the ethical considerations within digital literacy for RWS students. The goal of this conference paper is not to indict the shaming practices or call-out cultures of social media sites as inherently misguided or irresponsible, but rather to use them as learning tools to explore ethical dimensions of participation and rhetorical expression, helping students to envision better, more ethically-considered rhetorical practices in these contact sites. With social media’s pervasiveness and expanding influence, more attention is needed in RWS and in critical pedagogy studies to the dimensions of ethics, affect, and morality embodied in the electronically written word. By harnessing an episode of Netflix’s popular Black Mirror television show as a tool to spur further discussion and exploration, this conference paper ventures to propose new contexts in which rhetoric and literacy become important, and at times unmanageable, sites of cultural action.

Link to my CV

Link to a Writing/Research Sample

Link to my Teaching Philosophy

Link to my Diversity Statement

Link to my Research Statement

Link to my Teaching and Administrative Dossier

Link to my Statement of Administrative Philosophy

Link to my Dissertation Prospectus

Link to a Technical Writing syllabus