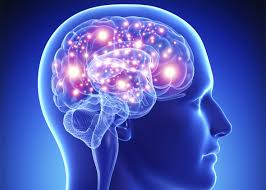 A bevy of scholarship within both the sciences and the humanities have surveyed the implications presented by recent research into the human’s brain’s astounding and only recently-realized levels of neuroplasticicy.  The brain, the body of research suggests, is not a static entity that exists in fixed and stationary configuration, but rather is malleable, changeable, pliant and adaptive.  The synaptic connections and networks that form the brain, it seems, physically and systemically change based upon the habits, routines, practices, operations and actions they are asked to carry out.  Habit, in the case of the brain, has the potential to configure and metamorphose the space devoted to different regions associated with particular cognitive functions.  As experiences are repeated, the synaptic connections utilized in thinking through these actions become stronger, more deeply ingrained, and more substantially resolute in the influence they exert on our ancillary modes of thinking.

It is not just the brains of children that literally are subject to remarkably high levels of change, but also those of teenagers, adults, even the elderly. Even more interestingly, these changes to the functioning of the nervous system do not take nearly as long as one might expect to impact the operation and performance of the brain.  This particular detail within recent neuroscience research is particularly valuable to the realm of writing instruction, which typically relies upon 15-week courses to achieve central goals for students.  If the brain can truly and literally transform, allowing for expansion of specific and targeted cognitive functions, a few vital questions arise: firstly, what changes are composition and higher education already enacting upon the brains of our students? Secondly, how might a greater understanding of the plasticity of our students’ brains allow us to better achieve our goals in the composition classroom? Lastly, what potential do writing, literacy and rhetorical action promise in a society informed of neuroplasticity?

Though neuroplasticity has become somewhat of a buzzword in recent years, its implications for composition as a discipline have only partially been explored, and the surge in research has opened up a world of possible theoretical and practical angles in which composition might benefit.  Explored most accessibly in Nicholas Carr’s 2010 book The Shallows, nueroplasticity has been explored in-depth within the humanities by noted scholars and philosophers related to composition such as Katherine Hayles, Catherine Malabou and Alan Liu.  Carr, Hayles and Liu all largely focus their analyses of neuroplasticity onto the impact of digital technologies on the human brain, on how these technologies aren’t just tools but, as Liu artfully phrases, grow into “tools that we think through.” Carr concurs, stating that “we become, neurologically, what we think.” The daily actions and exercises we subject our brains to, whether they be tracking the seconds on a clock or scrolling through an Instagram feed, re-program and re-purpose our thinking faculties.  My assertion in this short blog post is that composition should make further exploration of this topic a prompt and vigorous priority for our discipline.  Renewed and reinvigorated attention to neuroplasticity has the capability to change not only how our students write, but also how they think, act, reflect and classify.

I would like to propose a calculated, targeted approach to writing instruction that might help us to cultivate the regions of our students’ brains that a regimented and comprehensive higher education curriculum already serves to develop: the regions of the brain that work to critically consider and evaluate the world around them.  Critical thinking, despite Paul Lynch’s cogent and effectual quibbles in Composition’s New Thing: Bruno Latour and the Apocalyptic Turn, has lost neither its value nor its usefulness in light of the anthropocene.  Rather, critical thinking is now more valuable a skill than ever, and nueroplasticity may be one of the means by which composition responds to this call.

Now, on to the specifics. Before moving directly into an analysis the research supporting these hypotheses, I’d like to anticipate critics of neuroplaticity’s promise within composition, many of whom are likely to charge my assertions as being too reliant on the construction of long-term habits to inspire actual neurological change.  While reading Carr and Malabou, I too was struck by these questions of time, utility, and real, concrete effectiveness. To respond to these assertions, I’d like to introduce the research biologist Eric Kandel performed in the 1970’s on sea slugs as perhaps the first conclusive indication that the central nervous system can be fundamentally changed in a radically short amount of time. Kandel performed his research on a type of sea slug known as aplysia, choosing this particular slug because of its relatively simple and uncomplicated nervous system.  Noting that the slugs reflexively recoiled from physical touching of their gills, Kandel began repeatedly subjecting the slugs to this unconscious mechanism until, after repeated sessions in which the animal experienced no actual harm, the slugs grew so accustomed to the touching that they no longer responded with their original reaction. By tracking the slugs’ central nervous systems, Kandel learned this observed behavioral change was paralleled by a “progressive weakening of the synaptic connections” between the sensory neurons that work within the slugs’ touch and motor systems. The gills, after being touched just forty times, showed clear behavioral changes accompanied by neurological evidence for the transformation: only ten percent of the sensory cells, after those forty touches, maintained connections to snails’ motor cells.  The study lends dramatic support to the ability of synapses to undergo broad and substantial changes after only a relatively small amount of targeted training.  Kandel would later go on to earn a Nobel Prize for his work on cognition in animals and humans. Could similar practices, repeated in our writing communities and societies, have similar power to encourage brain expansion in targeted areas utilized in critical, evaluative thinking?

Carr cites multiple studies which can serve as de-facto proxies for the cognitive changes composition might undergo if we were to implement a more neuro-aware approach to writing studies. We’ve long known of the impact tools and interfaces can have on the brain’s inner workings, but we’ve only recently become familiar with the repercussions mental and intellectual processes of thinking can have on the brain. Carr cites the work of Maguire, et. al (2000), who studied of the brains of taxi drivers and then compared them to a control group from the general population.  The taxi drivers all had between two and forty-two years of experience navigating the streets of London. When compared to the control group, the taxi drivers’ posterior hippocampus, the region of the brain that stores and manipulates spatial representations of experienced surroundings, was revealed to be much larger than average. Additionally, brain scans indicated that the longer a person had been on the job, the larger her/his posterior hippocampus was likely to be. The researchers concluded the constant spatial processing requisite for maneuvering the London roadways to have been “associated with a relative redistribution to gray matter in the hippocampus.”  The mental activities demanded time and time again on the streets London had etched themselves, quite literally, into the brains of the taxi drivers.

Even more convincing is the work of Pascaul-Leone at the National Institute of Health. Pascaul-Leone studied recruits from the general population with no experience playing piano, and taught them how to play a simple string of a few series of notes. He then split the test subjects into two groups: one he asked to practice playing piano for two hours a day over the next five days, and the other he asked to sit in front of a keyboard for the same amount of time but to only imagine playing the song– never actually touching the keys of the piano. Mapping the brain activity of the participants, Pascaul-Leone’s team found that the group asked to only imagine playing piano exhibited exactly the same degree of change to their brains as those who had actually operated the keys. According to Carr, “their brains had changed in response to actions that took place purely in their imagination– in response, that is, to their thoughts.” Could a similar phenomenon occur, proxied and repeated in the composition classroom? Might repeated exercises in, say, critical thinking serve to expand and invigorate the regions of our students’ brains that are utilized in these important processes?

These exact changes are already being wrought on our students’ brains whether we recognize them or not as they move through higher education. For many, college represents the first sustained relationship with evaluating and engaging with complex ideas in formalized, written form. So, what might application of these ideas actually look like?

As stated previously, we as composition instructors are already affecting these changes whether or not we pay conscious and vocalized attention to them.  However, might we further our goals by knowingly targeting specific cognitive endeavors in a targeted, purposeful method? An approach emphasizing critical thinking might materialize as something like this: curricula that endeavors to expand regions of the brain, asking students to pay particular attention to their own cognitive processes as well as how those processes influence their academic and writing habits.  Most composition instructors stress some sort of importance within their first-year writing classrooms to prioritize in-class writing, whether it be writing in creative genres, freewriting, reading as response or as rhetorical exercises.  In doing this, we strengthen our students’ writing abilities, but also exercise the regions of their brains devoted to these higher-level functions– and this we sustain over the course of a semester or a year. What if we dedicated time, even just a few minutes of freewriting, asking our students to reflect upon their own brains, the strengths and weaknesses of their thinking, their attention spans while writing, their academic habits that may be partially in/out of their control? Even more radically, we might identify the core pillars of writing instruction identified by our professional writing organizations (NCTE, etc.) and design assignments and curricula structured to strengthen even further than we already are the parts of our student-writers’ brains that spur rhetorical thinking, critical application and on-paper writing practice. When our students repeatedly practice the pillars of our instructional goals, their brains are sure to expand in areas that will bolster what they enter their college careers equipped with.  Is this not a vital component of what higher education strives to do?

For her part, Malabou is calculated and purposeful in her differentiation of plasticity from mere flexibility.  Whereas flexibility oftentimes involves passive submission to external systems, stimulations and structures (specifically those of global neoliberal capitalism, of chief concern for Malabou), plasticity maintains the potential for resistance and reconfiguration.  Plasticity takes on new importance in this arena; Malabou views the brain’s power to change and transform as one of the routes by which humans might transcend the misgivings of global neoliberal capitalism.  As we’ve seen, it’s a measure toward creating stronger writers and critical thinkers, too.

It’s my belief that neuropalsticity opens up doors composition has not yet broached, and I’m considering it as a long-term, full-length scholarly project.  Does anyone within rhetoric and composition have any thoughts, comments or criticisms on this potential endeavor? If so, I’d love to hear them, whether in a comment on this page or by email– Jacob.richter10@gmail.com.  An existing body of scholarship already exists exploring this relationship, but it is my belief that it can be augmented, enhanced and synthesized with research in other disciplines to create something of value with both practical and theoretical environments.  Hope to hear from you, readers!

Today’s cool fact on my life: I’ve decided, after serious thought and deliberation, that tart white wines are my drink of choice, at least in summer months.  Believe it or not, this is a major life transformation for me.