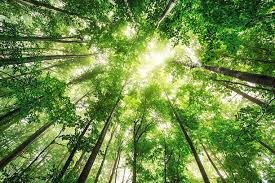 Composition and education have long questioned a central premise of the academy and university life in higher education: What is a classroom?  Recent research published in Psychological Science steers us toward a premise that is of paramount interest to our discipline.  What would it mean for the natural world to serve the acting, thinking brains of our student-writers?  Other questions hold even more promise for cultivating the types of writers and thinkers our discipline has long desired: What should a classroom be? What can a classroom do? What should a classroom do? The contributors to the Psychological Sciences query introduce a central premise that I contend, in light of the cognitive turn within Composition and Rhetoric, to have great potential within our rapidly changing discipline.

Many have suspected nature’s restorative and energizing effects on the working brain. From Plato and Shelley to Heidegger and Snyder, writers in particular have long associated reflective mentalities, deep attention spans, clear mindsets, responsive memories and dexterous reasoning abilities to the state of higher thinking that nature is uniquely able to cultivate within their minds, a state that they maintain as having a profound impact on their ability to think clearly and lucidly when putting language onto paper.  Marc Berman, John Jonides and Stephen Kaplan offer research presenting frankly startling conclusions about the ways our minds interact with the natural world. Cited in the closing pages of Nicholas Carr’s Pulitzer Prize-finalist book The Shallows, their study The Cognitive Benefits of Interacting with Nature introduces evidence asserting the natural world’s potential to nurture calmer, sharper brains more readily capable of the demands a complex activity such as writing demands. The study is situated within the emerging field of Attention Restoration Theory (ART), which posits that when brains aren’t constantly besieged by torrents of external stimuli, they are able to revamp into versions of themselves more inclined to extended focus, contemplation and affective metacognition. They become, in effect, more flexible and resourceful brains that are better-suited to the complex application of mental processes asked of them by college writing.

The human brain has long been known to be extensively malleable, elastic and pliable. Writers such as Carr, Catherine Malabou and Norman Doidge have elaborated to great fireworks and fanfare in recent years about the brain’s ability to quite literally transform itself based upon habit, repetition and interaction with intellectual tools, practices and stimuli. What we do, the actions we ask our brains to perform, literally and anatomically determine the physical contours of our minds. We are, it seems, what we (ask our brains to) do.

Berman et. al’s research suggests its premises based upon two respective experiments that, in tandem, lead them to their conclusions on the striking impact of the brain’s interaction with the natural world:

(1) A test in which subjects were administered a comprehensive, demanding test of reasoning applications and then asked to take a walk in one of two spaces: a city street or a rural, outdoor park environment. Both groups then took the test a second time. The group that spent time in the natural world “significantly improved” their cognitive performance and attentiveness.  Simply spending time in an outdoor setting was enough, in this study, to indicate an overall improvement in mental dexterity, deep-thinking ability and attention span. Walking in the city, comparatively, offered no improvement in cognition performance.

(2) The second study involved a far less comprehensive method. Participants in one group were asked to examine images of a calm, rural scene while others examined an image of a busy urban setting. In Carr’s summary, “the people who looked at pictures of nature scenes were able to exert substantially stronger control over their attention, while those who looked at city scenes showed no improvement in their attentiveness” (220). Summarizing the results of both tests forming the study, Berman et. all conclude that “simple and brief interactions with nature can produce marked increases in cognitive control.” The study proves spending time in the natural world to be of “vital importance” to what the researchers term “effective cognitive functioning” (1211). Many of the skills we spend so much of our time nurturing within composition– those related to critical thinking, researching, thinking about writing and the writing process– stand to be improved and supplemented by increased attention to neuroplasticity.  Might outdoor classroom settings be a small but meaningful part of this renewed emphasis on the relationship between cognition and writing?

The implications for composition are clear.  From a purely neurological and cognitive standpoint, our developing student writers are bombarded by an endless stream of Tweets, texts, news reports, Facebook messages, Instagram notifications, emails, and Blackboard updates. Their brains face a bevy of overstimulating stimuli that catalyze cognitive developments counterproductive to the goals of composition: short attention spans, bursts of focus followed by long periods of distraction on smartphones or internet applications, even an inability to communicate effectively with others. By asking our students to engage reflectively in an outdoor setting undisturbed by electronic devices (perhaps voluntarily leaving them locked inside of the indoor classroom), we condition their brains for the sustained attention, etc. that many within composition have expressed as one of the chief values of the education we provide. By separating our brains from electronic stimuli and relocating to an outdoor setting, we consciously practice the mindful controlling of our thoughts that quality university-level writing is so reliant upon.

When we engage our students into the standard processes of composition such as in-depth scholarly researching, drafting of papers, peer editing and sustained attention to a single subject, we re-route and create new neural pathways in our students’ brains that strengthen the utilized cognitive areas for the rest of their lives. Our students’ brains literally change before our eyes as we ask these new tasks of them throughout the course of their time in higher education and the writing classroom. Factoring in the research of Berman and ART, it seems our discipline would profit from occasionally engaging our students in an outdoor classroom setting.

So when on the next sunny Spring day a student asks if the class might be held outside, a controlled natural environment might prove an ideal spot to practice many of the higher-thinking actions our classrooms demand.  Relocating the classroom to an outdoor setting can, as Berman’s research confirms, be an effective strategy for achieving many of the target objectives writing classrooms seek to bring about.  We cannot deny that we, as compositionists, literally and anatomically change the brains exercised in our classrooms. We must take this charge as a call to action and attention, as a symbolic opening and exigency, as a practical and opportune moment to nurture, cultivate and nourish the cognitive habits that result in the successful writing act. Let’s go outside.